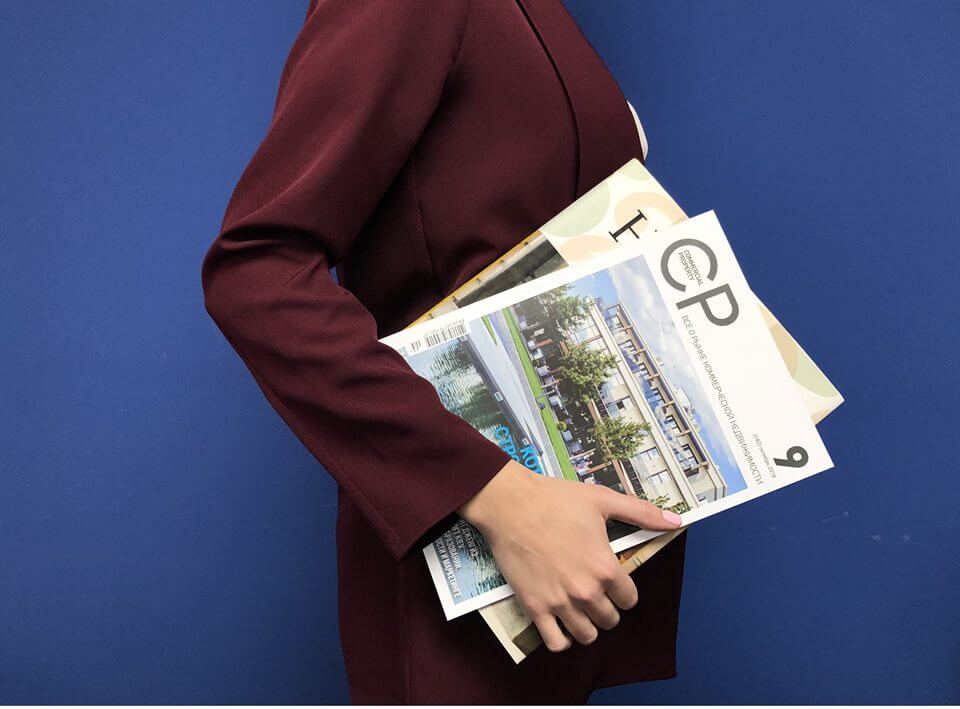 The need for the general contracting during construction of premium-class

Vladimir Voropay: The need for the general contracting during construction of premium-class facilities on the example of Skyline and Hilton.

The harmony of shape and color, pithiness of nature interior materials, exclusive furniture.

The first in Ukraine premium class residential complex Skyline is ready to greet residents. Construction of a building in the historical center of the capital started few years ago. In addition to the common areas that suggest premises of this type. Skyline paid special attention to the finishing and exclusive new design of apartments. The Founder of the company VOROPAY CONSTRUCTION, which served as a general contractor tells that the finishing functions for such apartments required strict compliance according to international standards.

“Our company performed the entire complex of finishing works: from ventilation to furniture design in the apartments. Also as general contractors, we were responsible for monitoring the work of all construction services, coordination of specialized location, accounting, managing deadlines and the budget “, – says the founder of the company Vladimir Voropay.

The peculiarity of the work was that the design of a hundred apartments in the house is made in the style: minimalism, loft, and eclecticism. Skyline – one of the first in Ukraine began to offer apartments with full arrangement and high-tech equipment (“smart house “, anti-flooding system, thermal insulation on facades and heated floors at the loggias).

“The volume of investments assumed the use of premium class building materials. We, as general contractors, controlled the purchase of such materials, followed the installation and handed over the objects directly to the investor,” says Vladimir Voropay.

“Back in 2007, as leading specialists in the country, we were invited as the general contractor for the central Hilton restaurant. Our approach to work and clear comply with the schedule met expectations of our customers, subsequently the contract was made to perform work on all
public areas of the hotel”, – says Vladimir Voropay.

The interior of the hotel is designed in modern style. The complexity of the work in the central hall was ceiling height (14 meters), but in the end it turned out to create a space with lots of daylight which is reflected in black and white marble.

According to the project – the majestic staircase from the central hall leads to the second floor, on which six large conference rooms are placed. The feature of the project is that each hall is named by the name of a city and is made in its unique style. “

Working in public areas in Hilton hotel made us strictly follow all technical standards, as a general operator was opening a hotel. Before opening, experts carefully checked compliance with quality and the style to the standards itself “, – says Voropay.

The project involved the placement of the hotel from first to the ninth floor of the facility. On the remaining floors 93 residential apartments are located. Now VOROPAY CONSTRUCTION is finishing these apartments for sale.

“The construction of such facilities is impossible without the general contractor who coordinates the work of all companies participating in the project. It also controls the timing of the work, dates for the transfer from one contractor to another. Such control is highly needed since the employer cannot always give the quality assessment of entire work done by different participants during the facility construction. Our main task as a general contractor to see potential problems two steps ahead and solve them in a timely manner, without delaying construction timeframes”, – summed up Vladimir Voropay. 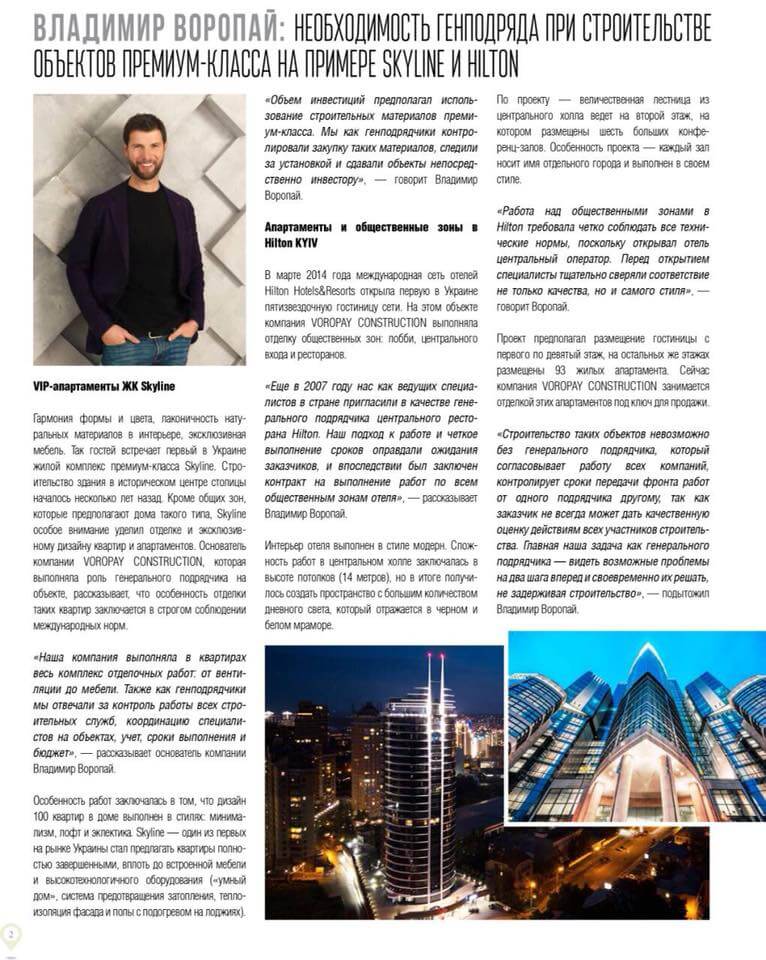